Minimum Viable Product: 3 Examples of this Most Valuable Phase

When you have a big, bold idea with the potential to grow your business and revolutionize an industry, the temptation is to immediately jump to the end result.

Yet having a fully fleshed-out, perfectly made, exceptional product or service takes a significant amount of time and money to accomplish. Going from idea to “in market” is a process that can take years of brainstorming, development, configuration, reconfiguration, and testing. Skip any step in that process and the end result may not be everything you want it, or your customers need it, to be.

To make sure your developers, investors, and ultimately your users/customers are happy, it sometimes helps to take an intermediate step between bold idea and the final product: a minimum viable product (MVP).

An MVP doesn’t have all the bells and whistles of the ultimate result, but it’s also further along in your development cycle than a mere proof of concept. If it was put into the hands of a user, it would work, but it might not always be the most pleasant experience.

Let’s look more closely at what a minimum viable product is, as well as a few examples to give you a better idea of how important it could be for your business.

As we previously highlighted in our explanation of a proof of concept:

“[A minimum viable product] is a simple application or physical item, centered around a few critical features, that enables you and your business to begin gathering feedback early and often.

“Although it’s far from what would be an ideal design or end product, it’s something that could be released as a beta, a demo that showcases the ideas behind the product, or even a product in and of itself (so long as it’s communicated to the user that further updates and enhancements will be made).”

An MVP is considerably more thought-out than either the proof of concept or a prototype. A proof of concept may exist only on a whiteboard, or in a presentation format, with some basic wireframes in place to convey precisely how the final product might look or function. A prototype is the next step in the journey, where you put the most basic of basic functionality in place.

A minimum viable product is something that you could put into the market, even though you’ll still work on it. They are becoming more and more common as the world moves toward Software as a Service models.

There used to be a time when Adobe, Microsoft, Apple, you name the tech company, would release standalone products that would come along on an annual basis or every couple years. These would have all the features you would expect from a fully-baked finished product.

Now, however, these products and so many others of their ilk exist within the live-service model. You subscribe to a product or service, including any and all updates the developers push out to improve upon the product. This benefits the user, in that they’re always receiving the latest and greatest features, but it’s arguably even more beneficial to the provider, as they get to collect a subscription fee and keep the user within their ecosystem.

Do you use Safari on an iPhone or a browser? You may be opted in to a minimum viable product and not even realize it.

Within Safari, if you go to Settings, and then Advanced, and then Experimental Features (yes, they don’t make these easy to discover for the average user), you’ll find a bevy of toggles for a variety of developer-focused options. 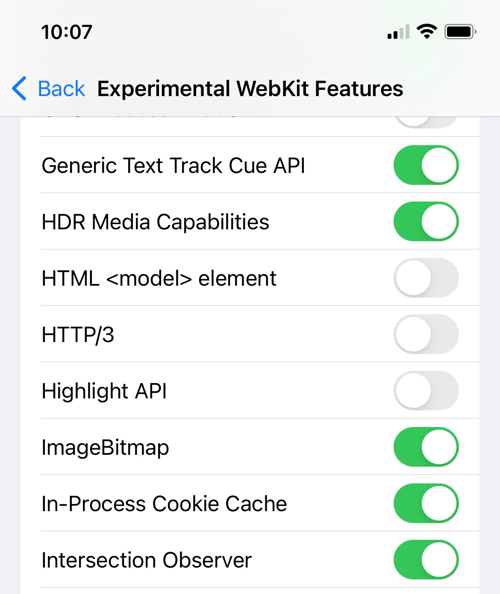 If you’re interested, a quick Google search will highlight what these actually mean. And don’t be surprised if they come and go with each new software update. For a company as large as Apple, these MVPs provide a means of testing new product features; in fact, they’re usually geared toward developers themselves, helping them put potential new software through its paces.

It’s not just Apple. You can find similar options in Facebook, in Spotify, really in any consumer software you’re likely to use on a regular basis. And if you offer software, you also have the ability to do this, turning your users into a type of beta tester as you put new MVP features out on a regular basis.

One area where you’re seeing a lot of minimum viable products? Gaming.

These usually take one of two forms. One is a glorified tech demo, where you see unfinished assets going through the motions of what the videogame will ultimately be. These would typically not be released to the public and would instead be shown to testers and focus groups to figure out if what’s happening on screen is actually fun. This is massively important in the virtual reality space, where mechanics and genres remain largely untested.

Then there’s the rise of so-called “early access” titles where a studio releases a game, often one that you have to pay for, with the understanding that it’s unfinished and could be missing features. This has been popularized by the Steam gaming platform, which set a new standard wherein a game may be in beta for years before it’s actually released as a finished product.

Right now, for instance, a game called Vampire Survivors can be purchased for a mere $2.99 and is tearing up the charts, earning money that can immediately be re-invested into the game with an eye toward an eventual full release. On the other end of the spectrum, and tied to the release of the newest Matrix movie, you have the Matrix Awakens: an Unreal Engine 5 Experience. This is more akin to a tech demo of what the engine is capable of than a full-on videogame, which makes it more akin to the traditional concept of a minimum viable product.

For companies seeking investments or customers for their idea, a minimum viable product can serve as the promise of a technology, an eye-opening example of just how useful and intuitive the end product could be with enough commitment and development time.

A perfect example of this is LifeLoop, a company founded on the idea that there was a technological gap in the way people residing in senior living communities communicate with their care teams and their families. LifeLoop is now a full lifestyle engagement tool that brings instant messaging, scheduling, activity tracking, and more all under one roof, ultimately bringing families closer together and improving quality of care.

But at one point, this idea was just that, an idea. It had to make a stop along the way to show that what the founders envisioned was even possible, and that’s where an MVP came in. With just some notebook sketches and a promise from a retirement community willing to be a beta customer, developers focused the various product ideas into a feature set that could be deployed and tested. 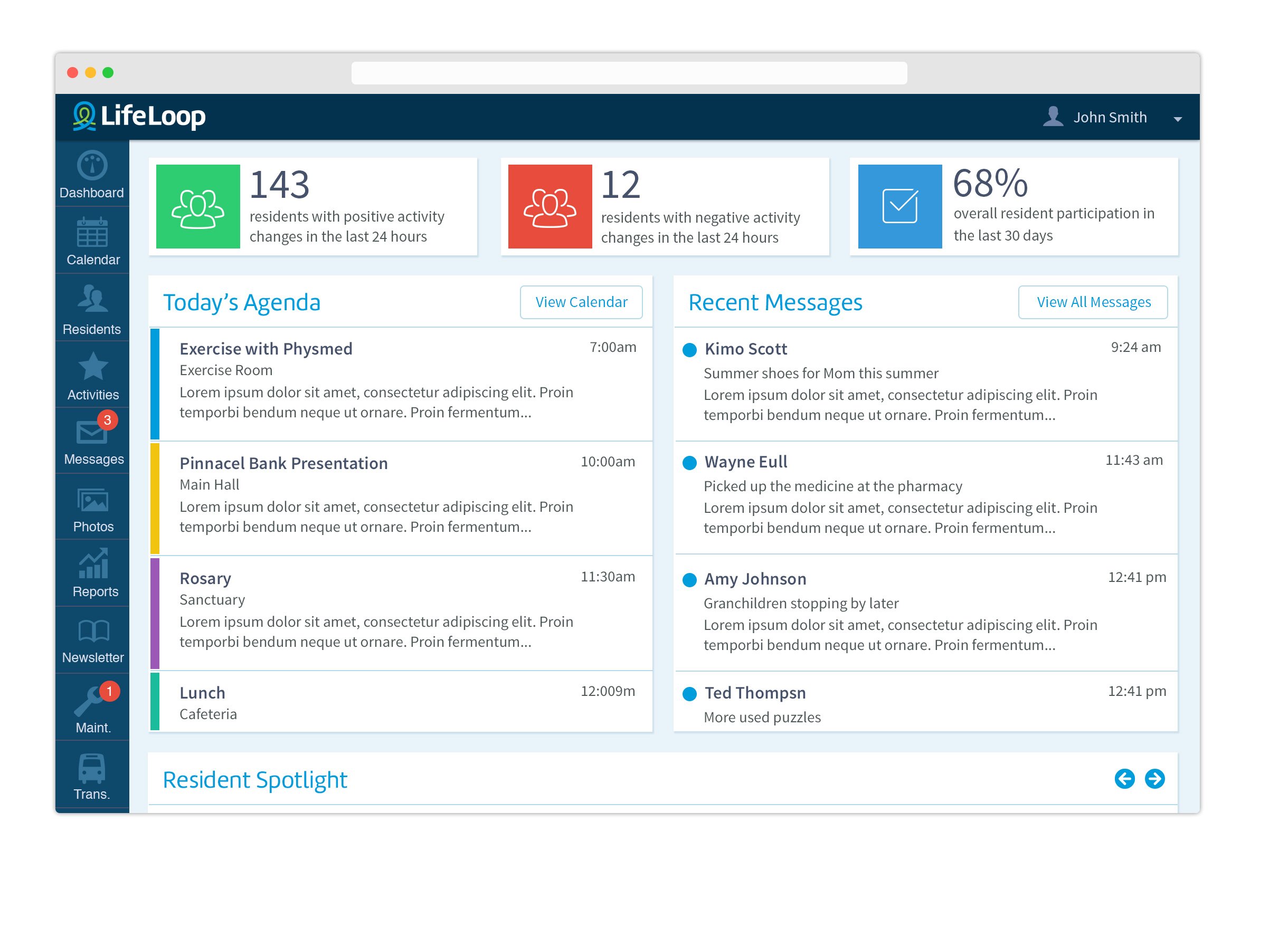 Over the course of a year, additional features were added and initial features were refined. That MVP initially morphed into the ever-evolving product that senior living communities around the country rely on today, and LifeLoop continues to find success through refinement, outreach, testing, and iteration.

Gaming and the rise of Software as a Service models have really blurred the line between beta and minimum viable product. In the rush to go to market, companies put a premium on being able to get something into the hands of users and customers, even if it’s in a buggy or unfinished state.

When does a product, service, or feature cross from minimum viable product to beta? That’s an interesting question, and the answer would probably vary depending on the company and the type of product. As we stated above, an MVP could be released as a beta. A lot of it will depend on your investment, particularly your willingness to forego immediate short-term revenue if it means increased long-term revenue. But not everyone has that luxury; sometimes you need your MVP out there as a beta to start acquiring customers and even drawing more investors.

No matter your stance, examples of MVPs are myriad, and you’re likely to come across them on a regular basis whether you realize it or not.

If you’d like to get started on your own minimum viable product, let’s talk. Our team can work closely with you to help figure out what it will take to realize your MVP, then put in the testing and engineering expertise needed to take it from beta to fully realized vision.