Innovating for the Cure 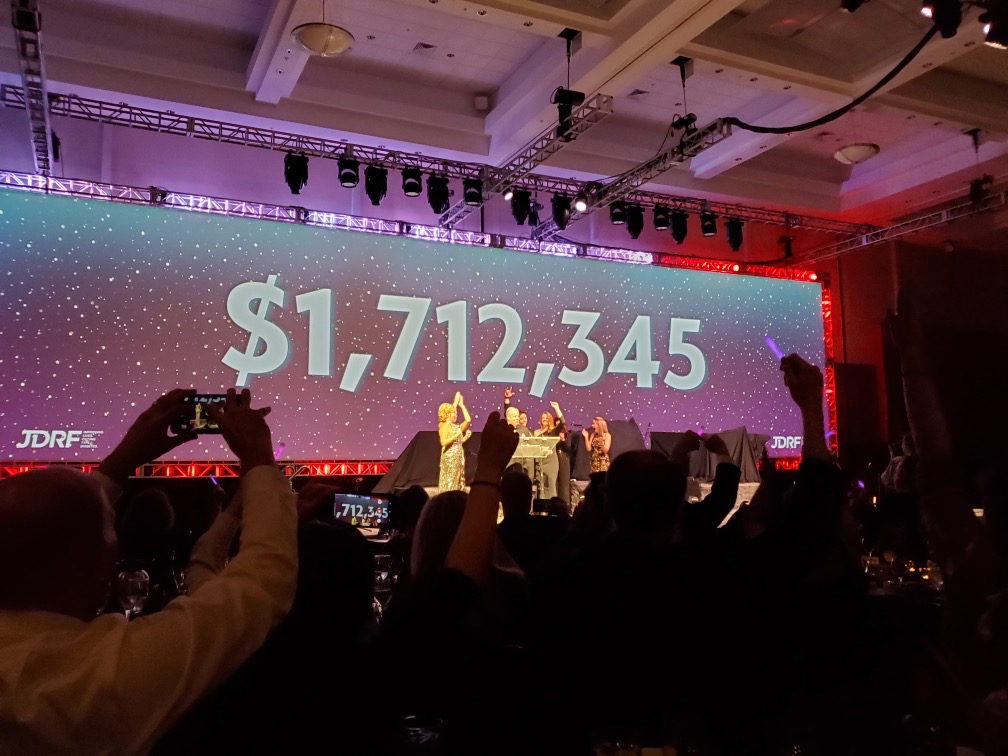 Aviture was incredibly honored to be the 2020 Presenting Sponsor for the JDRF Nebraska-Southwest Iowa Chapter’s annual Promise Gala. Funds raised at this year’s event totaled over $1.7 million, exceeding last year’s total and an incredible continuation of the upward trend in donations by our community for this cause.

2020 marks the 8th consecutive year of Aviture’s involvement with JDRF. Some incredible milestones took place at this year’s Promise Gala including the first-ever sell out attendance with over 1,100 attendees, a performance from the classic rock band 38 Special and (our favorite result of the night) raising over $1.7 million in donations that will go toward developing the next generation of therapies and treatments, and funding the cure for Type 1 Diabetes, the most that’s been raised at the Promise Gala since its induction in 1998.

WHY WE DO IT

Aviture president Mark Griffis along with his wife and former Aviturian, Lynn, were the evening’s honorary chairs. Lynn and another Aviturian of ours, Michelle Weeks, are T1D champions and big reasons why Aviture puts a huge focus toward JDRF efforts every year.

Lynn talked about the impact T1D and JDRF have had on her life and her family’s.

“I was diagnosed a year after our daughter Jenna was born. This affected our whole family. The advances with technology and the work that JDRF does has definitely changed my life and those living with Type 1... I think about diabetes a lot less than I used to. And because of technology I am healthier, I am safer, but we haven’t gone far enough.”

Our president Mark Griffis emphasized the why behind his personal and professional support of JDRF.

“The reality is that no matter what happens, Lynn is dependent on insulin every single day for the rest of her life. While it may seem like an inconvenience and struggle to get through the day, there are serious, life-threatening consequences, and that’s one of the main reasons that we’re so involved with JDRF.”

WHAT IS T1D AND WHO IS JDRF?

Most people have heard the term diabetes in their lifetime. But a lot of people can’t differentiate Type 1 from Type 2. As stated on the jdrf.org website, Type 1 diabetes (T1D) is an autoimmune disease in which insulin-producing beta cells in the pancreas are mistakenly destroyed by the body’s immune system. T1D seems to have a genetic component and can be diagnosed early in life but also in adulthood. It strikes both children and adults suddenly, has nothing to do with diet or lifestyle, its causes are not fully known, and there is currently no cure. People with T1D are dependent on injected or pumped insulin to survive.

JDRF is the leading global organization funding T1D research focusing exclusively on the worldwide effort to end T1D. Aside from the research they provide and fundraising events they put on, JDRF has helped many families find a community to turn to when life has thrown them an unfair, unpredictable curveball. In 2019, one of JDRF's top advocacy priorities was investing in innovation and alongside that, ensuring regulatory frameworks that promote innovation. This includes advocating for continued funding for the Special Diabetes Program (SDP), which provides $150 million a year in T1D research.

USING TECHNOLOGY FOR A CURE

Thanks to advances in technology, people living with Type 1 have been able to manage their day-to-day better than ever before, but there's still a long way to go in research, funding, and technology resources. An example of life-changing technology for people with T1D is Loop: an automated insulin dosing iPhone app where users can see data from their insulin pump, continuous glucose monitor (CGM), and blood glucose meter in one place. While not available in the App Store, there are resources to allow users to build the app themselves, and its existence has inspired several developers living with Type 1 to join in on the app, including Aviture's own.

Because Loop's software code is open source, Aviture developers have been able to work on the code in partnership with JDRF to optimize functionality, ease of use, and provide feedback. The goal is to help Loop promote higher adoption rates among users and create a measurable impact in the T1D community by spreading awareness of this kind of technology, further promoting adoption. With JDRF's help, we hope to get ahead of an ever-increasing disease and make Type 1 technology more accessible, the Loop app higher-adopted, and T1D research better funded.

The @CDCgov’s announcement that the number of Americans living with type 1 #diabetes has grown by nearly 30 percent—affecting 1.6 million adults and children—underscores the need to make an even greater impact in the fight against this disease. pic.twitter.com/S2X9TXVnui

Studies have shown that over the last two years, JDRF diagnoses have increased 30%, a scary statistic for many who are currently diagnosed and have concerns about other family members receiving the same diagnosis. While there have been great strides in the technology used to treat diabetes and T1D research efforts receiving funding, there’s no time to waste in finding and funding for a cure. Our ultimate goal is to stamp out Type 1 diabetes altogether. For Aviture, that starts with innovation, and calling on others to join us in the fight to end T1D.