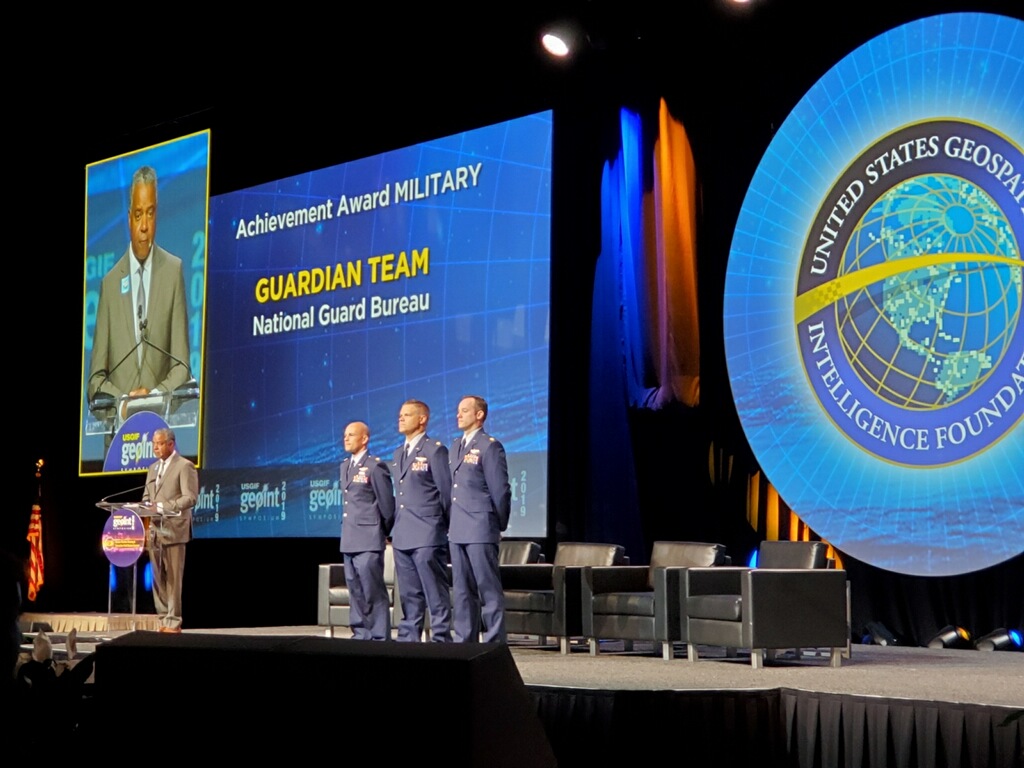 "This is the culmination of several man-years worth of effort and a huge win for the ANG in envisioning innovative use cases of otherwise combat exclusive capabilities and providing lifesaving capabilities to domestic operations," said Maj. Curtis Wilson.

GUARDIAN is a web-based geospatial application that provides real-time decision-making and two-way collaboration among the tactical, operational, and strategic command echelons. It is built upon a modular, non-proprietary, open architecture that enables agile development. Within the last year, GUARDIAN has been adopted by more than 250 federal, state, and local agencies for both combat operations and in support of civilian emergency response efforts.

According to USGIF, "The USGIF Awards Program annually recognizes the exceptional work of the geospatial intelligence tradecraft’s brightest minds and organizations pushing the community forward. Award winners are nominated by their colleagues and selected by the USGIF Awards Subcommittee."

"This is the second major USGIF award that the GUARDIAN Program has been recognized for," said Mark Griffis, Aviture CEO. "It shows the incredible impact that effective collaboration between industry and the military can have, not only on innovation, but more importantly, the warfighter."

Congratulations to the GUARDIAN Team, including the Air National Guardsmen and Aviture employees, who worked hard to make this project a success.