AvitureConf: How We Hosted a Conference Week Completely Remote 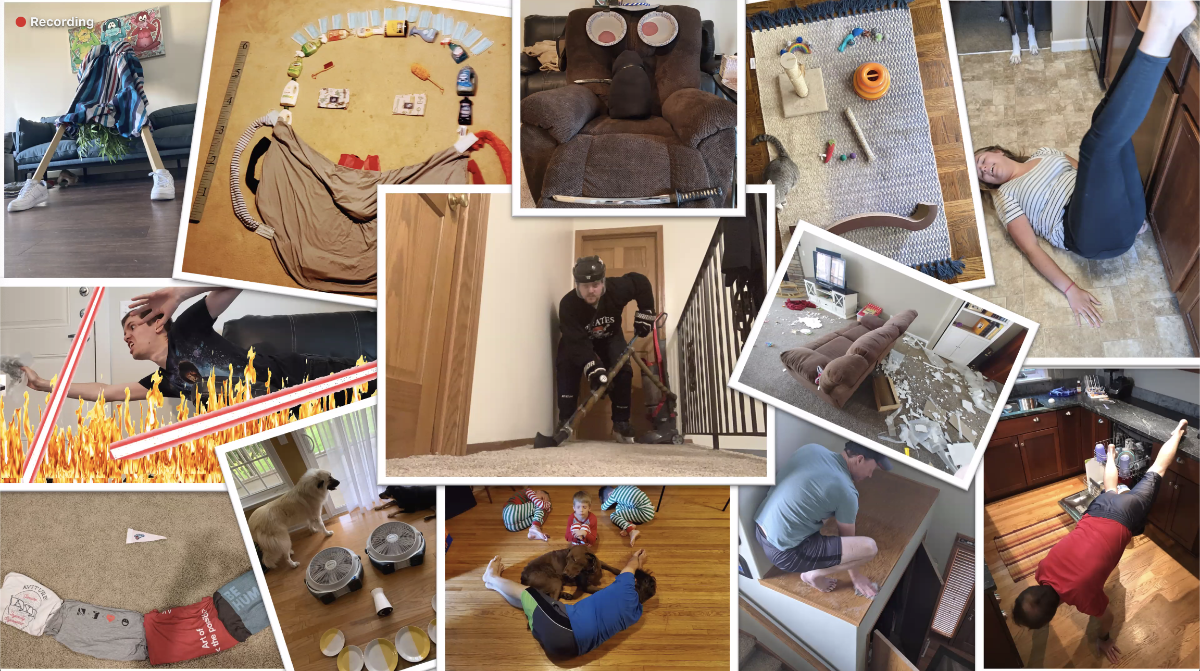 Our "Castaway Week" is one of the most important culture weeks we host for our Aviturians every quarter. It's a way for everyone, including anyone working remotely out of state, to come to the Omaha headquarters for a week of team building and fun. However, with the ongoing restrictions of COVID-19, we already had to make some changes. After holding our first remote Castaway Week in April, we knew we wanted to do something a little different this time around. After some brainstorming, a group of Aviturians put their heads together and decided to rebuild our culture week from the ground up - in a process that can be applied to not only our company, but yours as well.

From Castaway Week to #AvitureConf

Art Doler, a full-stack senior developer at Aviture was part of the team redesigning Castaway Week. When asked about the process, he said:

"The challenge was to balance the original goals of Castaways Week - camaraderie, cohesion, and getting to spend "face time" with other Aviturians - with the goals of sharing knowledge and developing expertise. We chose to focus the conference on just a few days out of the week, and allowed the other activities to fill in around it."

This came in the form of a digital balance - by focusing on presentations and workshops for three days of the week and having fun, team-building games and activities fill in the rest.

This new digital conference system, which we called "AvitureConf," was focused on our employees and the many skills and talents they possess. A call to action was sent out through the company asking if volunteers would be willing to give talks on some of their unique skills or some of the things they learned from the different projects they've worked on. This would allow Aviturians working in different facets of the company to gain a better understanding of what skills the presenters utilize for their projects or some of the takeaways they've learned from them. Given the freedom to choose their own presentation, the list of talks began to grow rapidly and with it, so did the schedule for our culture week.

Once the submission window for talks closed, our planning team built a schedule that assigned the different presentations to different time slots and days. The talks were broken up into two categories: workshops and superbolts. Workshops were structured similarly to a classic conference workshop, about 1-2 hours in length with some interactive elements built in. Superbolts were 30 minute talks and the extended version of their better-known counterpart, Lightning Talks.

The schedule was then sent out but allowed for everyone to sign up and choose which presentations they wanted to attend. There wasn't a maximum for each presentation, but this allowed for the presenters to get a headcount and build their workshops around the number of people attending. This was also useful data that could be used to see what topics our employees are interested in for future culture weeks or talks.

The workshops allowed everyone to split into groups through Zoom's breakout room feature and try the different skills they were learning hands-on, like how to code in HTML/CSS to animate something moving across the screen. After they had a chance to practice, the presenter in the workshop could pull everyone back into the main call to reconvene and go through what they had just worked on. 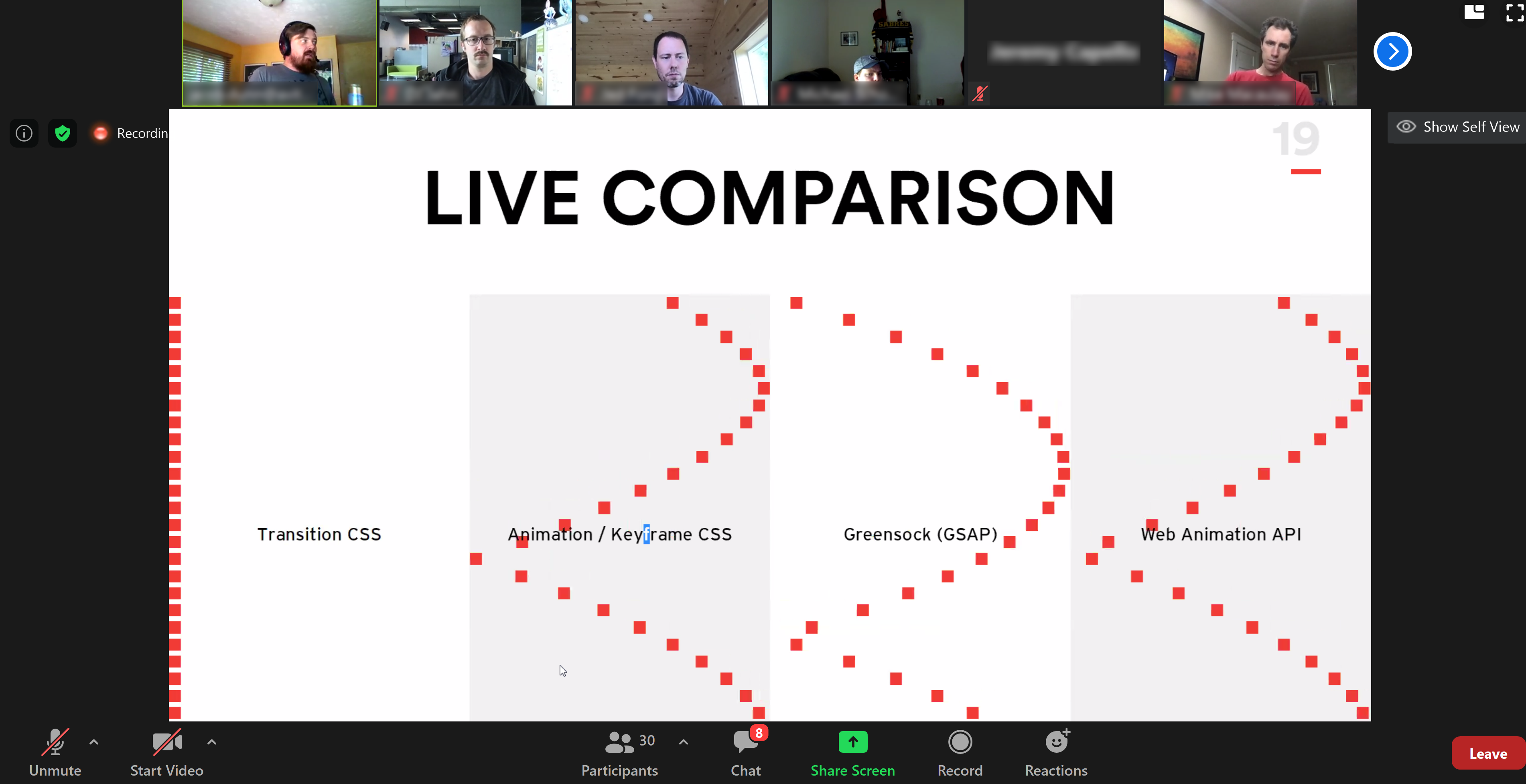 "My intent was to create as much of a hands-on learning experience as possible for a remote workshop. I didn't want it to be the typical story of everyone logging into the meeting, then working on their own thing while the presentation runs in the background. This also accomplished my secondary goal, and one of the primary focus points for every Castaway Week: I gave everyone an opportunity with the breakout rooms to meet and collaborate with people outside their current project. That was honestly the more important objective for me, it's hard to feel connected with everyone working remote."

In order to keep all discussion in one place for the workshops, individual Slack channels were created where Aviturians could discuss the upcoming workshop, share resources, and ultimately have an archive of the conversations to come back to later.

A Healthy Dose of Competition

Alongside the talks and workshops given during AvitureConf, we couldn't have a culture week without some team fun. The company was split into ten random teams where they could choose a team name and elect a team captain. A leaderboard was created where teams could earn points by completing puzzles, riddles, questionnaires about other Aviturians, and online games that were sent out through email each day. In this daily email, it would cover which team was in the lead, a schedule of the day's presentations and workshops, and a new set of riddles. It was the team captain's responsibility to send in the team's answers for puzzles and record performance in the games to be judged. A lot of teams had fun competing for bragging rights and seeing how they ranked against everyone else.

A Little Swag to Top Things Off

And to seal the deal, everyone received a box that contained a new line of company swag that included a shirt, pullover, socks, pins, notebook, pennant flag and more. A highlight of the items everyone received was a code they could use online to custom design a new backpack or duffel bag through Timbuk2's platform. A Slack channel was set up where everyone could share their custom designs and explain why their color choices spoke to them.

Overall, AvitureConf was a success and was only possible due to a lot of work by some passionate people. It's not easy to rebuild any company's culture week from scratch, especially when there's pressing work to do. However it's important at Aviture that we're more than just co-workers and we all need to breathe sometimes. While it might be easier to scrap any plans you had for your company's culture week, weekend, or getaway during these times, it's more important than ever to step back every now and then and have some fun.